St. Swithin and a day of changes

Tories are doing a reshuffle.

I usually avoid politics like the proverbial plague. However, today, the media report that various people have changed places.

The one of main interest to me is Education.
I have friends who are still coping in this most burdensome occupation.

One friend is Head of a primary school and another works in one.

True in the shuffle, the to date most despised incumbent at the Education department has been replaced...
But...the replacement is a former oppo of the PM so tarred with the same brush [deep sigh].

Reading some posts earlier, brought to mind  past memories.

In the 1970s, education was one of the 'best' careers to be in. There was respect amongst educators, pupils and parents. They were a well-oiled team working to do the best with limited resources. Prime Minister Harold Wilson (Labour) gave teachers their best pay rise ever. Staff-rooms buzzed with promise. It was not all good news, there was bullying of female staff by male staff 'in authority'.

One Deputy in particular would walk into the staff room and exclaim, ''Ah, my dear, you appear to be 'free'.'' Then delegate a class in need of cover to the unfortunate female. Rumour had it that the guy kept a 'wee dram' in his desk drawer.

Then came the 1980s when the seeds were sown and nourished by the incumbent Tory party which was almost communist-like in its zeal to oppress and to brow-beat the population, with the coal miners and school teachers as their targets of opportunity.

Once again England was a nation of discontent.

The Tories ground down the miners and the teachers. Social engineering was carried out on a grand scale.

There were strikes, the Govt.. saw the Unions as outright foes. London developed a 'get rich quick' - devil take the hindmost 'culture'.

Unrest continued, social engineering went on at a pace. After the miners had been 'dealt with', teachers were in the spotlight, told they were not professionals. The annuity links between teachers and Civil Service were scrapped and millions ££££££ disappeared into government coffers.

Traditionally, learning had been disseminated from universities to colleges and schools. Now the government intervened with its National Curriculum which still blights lives today.

For some 30 years the curriculum has been at the beck and call of ideologies, whims and fancies of successive governments.

What has happened to the teaching staff during that time?

Staffrooms are war zones where staff are bullied by line managers, Wooden Tops (aka senior management) and in some schools the bullying is done more often by parents and pupils.

To adapt a well-known song...

Dark sarcasm in the classroom
Pupils - leave those teachers alone!

One school Head targeted senior staff and threatened them with loss of early retirement. He sought ways to remove senior staff, first demeaning them, then increasing workloads and belittling their efforts.

Next, promote yeah-sayers and lick-spittle. Those most malleable who would ask no questions. Bring in newbies with no experience but 'good' on paper. Saving money as you go.

Sign up your staff for mindlessly boring, time-wasting 'training'. Set one session in an hotel, pay for the cronies and lick-spittle to stay overnight at the school's expense...all in the name of 'training'.

As was common knowledge at the time...you ought not to accuse the then Sec. of state for Education because he had been sectioned and spent time in a mental institution before release complete with cert. of 'sanity'.

Then, another incumbent of that position was said amongst teachers to be....
quite literally...
'the blind leading the partially-sighted'.

One of the leading unions issued members with a work diary to fill in. That was when the Govt. claimed teachers' salaries were 'generous', since they were paid for 2765 hours per year.

The diaries were completed and made telling reading. Some conscientious staff had passed the requisite number of hours before Christmas. Others lower down the pay scale and with fewer responsibilities had clocked more the half the national hours.

Then the bright sparks at the DoE (Dept. of Education) worked out a cunning wheeze. They enacted legislation instructing staff to do all reasonable to fulfil their obligations. No matter what the hours actually spent on preparation, form filling and all forms of mindless bureaucracy and red-tape involved plus contact time...hours officially remained at the notional 2765.

Part way thro' the 1980s and on into the 1990s pressure mounted on teaching staff.
One of my friends left yo become a prison warder...seeing it as far less stressful, which turned out to be true.

Despite the fact that a member of staff was fulfilling her duties responsibly, the time-table was redesigned to make her surplus to requirements. That particular trick was used several times.

Senior management harassed anyone with the temerity to really be ill, by demanding work from them.

Being signed off by a Consultant wasn't 'good enough'. One guy had a nervous breakdown and was forced back into the classroom.

By 2000 the gateposts were being moved and it became harder to qualify for early retirement.

The Head that took over saw illness as a slight and personal insult. Her solution was to target the staff member by setting in motion the dismissal process.

Fortunately, one of the governors was paying enough attention and when the dismissal proposal was put forward spoke up in the teacher's defence. 'You must not do that to 'n' all my children have been taught by 'n' and 'n' deserves better treatment.


The rest as the saying goes is history...

That school no longer exists, and in the year that 'n' retired staff were given a bonus because of their achievements.

The school that replaced it...completely new building from 'scratch' but lacking those members of staff that had shown moral fibre over the years....has slid further and further down the league tables...

This on-line apology for a life...

I used to comment that a computer was a typewriter that 'talks back', in the days before no ordinary folk had an on-line presence, Now in the age of connectivity, loneliness on-line becomes more apparent.

Talking into the 'ether' only serves to make aloneness more up front and personal. On-line communities are an anathema. Communing as in really getting to correspond meaningfully is a hollow joke, as hollow as the electronic worlds themselves.

Years ago there was an on-line community that bore more of a resemblance to life. It was accessible to OU students. There people expressed their thoughts, beliefs and life events. Friendships grew and folk met up face-to-face, cementing feelings of togetherness. Later in the name of 'progress', the OU adopted formats ready-made by Google. Connections were sundered at a stroke. Some migrated to other platforms in the desperate hope that the community would survive. Needless to say, it did not.

Today has been a day of several folk deleting accounts, pulling the plug on on-line communities. 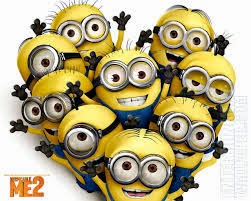 Fun Monday for July 14th:
We're now mid-way through what most people think of as summer. What's your favorite way to keep cool?

Today, we went out and bought a replacement fan. Unlike other Fun Monday folk here in the UK we hardly ever get really high temperatures even in Summer.

Yesterday, for that was when this missive began, everyone felt enervated. Why? Well, the thermometer had reached 25C. Next week, south-east England might reach the dizzy heights of 30C.

Now, I know to some folk (Australia and the US) it would be nothing to write home about. In fact, I was reading just the other day that an Aussie friend was finding it difficult to cope with the 'cold' and her friends were in agreement. 18C and they were hunting for scarves and gloves!

I digress, in order to cope with 25C we employed our dehumidifiers and rotating fan at night in search of sleep.

At teatime we enjoyed the typically English favourite dessert of strawberries, ice cream and cream (delicious).

So, the doors and windows are open in the hope of a through draught...so it rained and at least made the air feel fresher. But, of course we shall enjoy our summer dessert treat later on. None the less, the dehumidifiers and fan will hopefully make things more pleasant tonight. 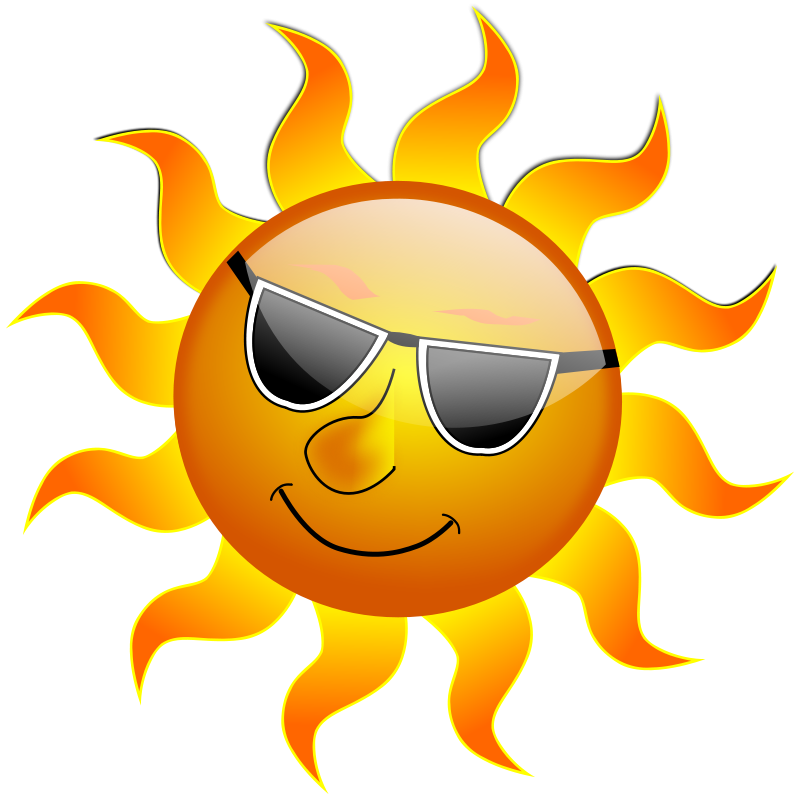 Quoting Dylan Thomas
“The sun declared war on the butter; and the butter ran.”

Sweltering? - in temperatures of 25+ C

The Met Office has declared a Level 2 health alert to run through to Sunday morning.

The warning is triggered when the Met Office forecasts there is a 60% or higher chance of temperatures being high enough on at least two consecutive days and the intervening night to have a significant effect on health.
Posted by joanygee 2 comments:

Fun Monday for July 7th:
What makes you glad to live in the country you live in? If you celebrated the 4th (USA), you can include a picture of that as well. We're feeling patriotic for this Fun Monday!

First I hope all my friends across the pond have a wonderful time of joyous celebration!

Next, returning to dearest Sara's topic and the question of gladness.

I have been mulling this over all day and finally decided that dear Olde England makes me glad, for its quirkiness and eccentricity. Not the numerous wise-guys of the twenty-first, or even twentieth centuries; but those that went before.
Please note it is England not any of the other parts of the British Isles.

Today's set of countries (apart from Ireland, which has the most gladness inspiring capital city, Dublin), are like toddlers always squabbling.

The English language in particular makes me glad. No other Western country has seen language grow and morph like England.

At present, I'm reading some books written in the 19th century (for pleasure).

" Like some tall cliff, which rears its awful form,
High o'er the vale and midway leaves the storm;
Though clouds and tempests round its breast be spread,
Eternal sunshine settles on its head."

What a great description of England!

"Feb. 15. Thomas Tilsye and Ursula Russel were maryed; and because the sayde Thomas was and is naturally deafe, and also dumbe, so that the order of the form of marriage used usually amongst others, which can heare and speake, could not for his parte be observed.

After the approbation had from Thomas, the Bishoppe of Lincolne, John Chippendale, doctor in law, and commissarye, as also of Mr. Richd. Davye, then Mayor of the town of Leicester, with others of his brethren, with the rest of the parishe, the said Thomas, for the expressing of his mind instead of words, of his own accord used these signs :
first, he embraced her with his arms, and took her by the hand, putt a ring upon her finger, and layde his hande upon his hearte, and then upon her hearte, and held up his handes toward heaven.
And to show his continuance to dwell with her to his lyves ende, he did it by closing of his eyes with his handes, and digginge out of the earth with his foote, and pullinge as though he would ring a bell, with diverse other signes."

Today I have been glad that our unruly weather has behaved itself, showing the West Riding countryside at its best as the Tour de France rushes pell-mell.

Another thing to be glad about it the lack of nasty creepy-crawlies. Unless one ventures into the wilds of the farthest south-west, there are no dangerous beasties.