in the days before retirement... 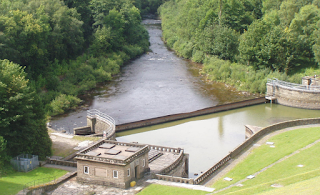 Downward from Ladybower dam.
Somewhere I used to go in July to do a fieldwork investigation 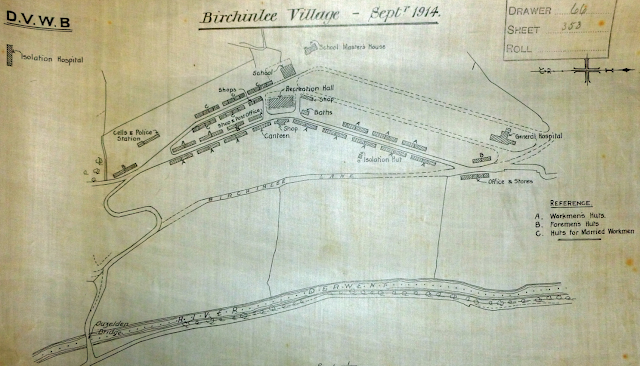 Constructed to house and cater for the workers involved in the Derwent Valley construction project.

One of the dams, Derwent has the two valve control towers crenelated and shaped like towers belonging to a castle.

That dam provided a practice site for the Dambusters raid as can be seen in the film 633 Squadron.

There have been a number of anniversaries when the valley has played host to vintage aircraft such as the Lancaster.

Unfortunately, I have no photographic evidence as it was in the days before digital photography and the aircraft flew past too fast. But, in the 1980s I was there when a pair of Phantoms (jet aircraft) beat down the valley. I still remember the sight and sounds as they roared past. What amused us was the group of students was frightened and tried to hide. The staff by contrast were looking skywards to enjoy the experience.

your nearest and dearest, favourite computer Luddite goes on-line, there are suddenly a lot of random questions.

HP support assistant says...? Then it's a case of describing what to do next. I'll give him his due. For someone that once vowed 'never to use those damned things' he's coming on well.

What's brought about the change of mind?

Quite simply, a catalogue that used to arrive with a resounding thump on the doormat has gone on-line only. Added to that situation his shopping list for that catalogue and an invitation to subscribe to email for a £5 voucher off an order...

Mr Luddite is now ensconced with laptop and browsing the on-line catalogue.

As the saying goes - better late than never.

has been in two different parts...

1. Calming down a friend on social media who is prone to anxiety and was winding herself up over something beyond her ken, let alone beyond our control. Got her to re-focus away from world events and much nearer to home. She's returned to interacting with her playful puppy and anxiety has subsided.

2. Lexicogrammatical analysis. With one week to go, time to buckle down to my latest assignment. Who knew disassembling two contrasting media reports of the same event could yield so much to opine and to write about! 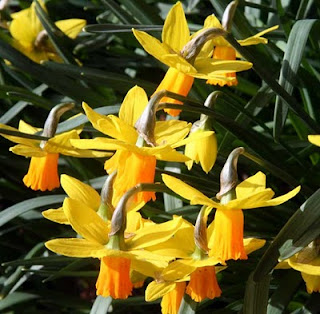 Our unseasonable weather is confusing Spring bulbs
Posted by joanygee No comments:

Just because something appears in print does not make it a valid assertion. Yesterday the traffic was congested and some were performing U-turns to find a different route. Why?

As was went thro' the traffic light controlled junction (on green) we noticed that a police car was blocking one corner of the junction preventing access to the road leading to a number of schools.

In their 'wisdom' planners have in the past 5 or so years, demolished a primary school in one part of the Borough, built a new school about half a mile away and in so doing increased traffic congestion on nearby roads.

In a small area there are 4 schools.
2 primary total pupil numbers 440
Community academy with 965 on roll.
Private nursery taking 52 youngsters.

To access these schools means traffic uses one main road and a side road. Think for a minute...implication traffic numbers?

Since the majority of pupils are chauffeured to and from school, those local roads have too many vehicles using them. Add on the fact that both roads are main bus routes, the main road handles business, commercial and local traffic.

That junction became an accident waiting to happen.

A 13-year old came into contact with a double-decker bus and survived with leg injuries.

The newspaper quoted local residents giving the impression that the road is extremely dangerous.

Stepping back from the media hyperbole...

Near the junction there's a row of shops that includes a newsagents / sweet shop and 'butty-shop'.

Both roads have traffic calming measures. They are  controlled by traffic lights and zebra (pelican) crossing. The side road has speed bumps.

Think back in time, some 30 years to another schoolchild accident at that junction. No-one blamed the driver, as there were numerous witnesses that saw and reported the lad running across the road without paying any attention to traffic.

I'm guessing something similar occurred yesterday as a lad dived across the road and was 'collected' by the bus. My sympathies lie with the bus driver. I lay the blame at the door of the planners. Expecting a road junction with its 'honeypots' schools, shops and traffic volume to cope with some 1450+ youngsters, parents, commuters and goods vehicles...
beggars belief.

Saw the G.P. and duly went thro' my 'shopping list' of queries. Usually when on repeat medication, there's a 6-monthly G.P. review. Fortunately for me, mine has now become 12-monthly. This means my prescriptions will continue to arrive electronically with the pharmacy and they can dispensing at 2-monthly intervals.

It is a sign of ageing but one that is easy to cope with.

As I said, it was a new G.P. for me, and OH knows him well as he's had him for several years and gets on well with him.

Another problem of our creaky N.H.S. is that some areas have been taken over by companies that have a contract to provide G.P. services. They have medical centres but each has only one full-time G.P. From time to time there are temporary part-timers who arrive, stay for a few months then move on.

Long gone are the days when a doctor knew a family from 'cradle to grave'.

The start of the New Year and thinking that the refuse collection would happen in the early hours c 7 a.m. for once we put the bins out overnight. Did they come then, no they did not. They turned up in the afternoon. Changing the collection day from Fridays to Mondays has been challenging when you've spent goodness knows how many years on the other system.

In another schedule change, we decided to do Thursday's shopping today. That was a good plan. Roads and shop were quiet and we were back by 10 a.m.

Next, our friendly window cleaner arrived to do his usual good offices. He was taken aback when he noticed the results of my fall (Dec. 30th 2015)
Truth to tell, I am mending well. After all it is over two years since the last time I measured my length.

Coincidentally, I have a G.P. review tomorrow morning, but not with my usual G.P.
I'm told the guy has good English skills and OH has nothing but praise for him. Time will tell. Here was me hoping for a 'rubber stamp' appointment, but I guess falling might be discussed. I was putting it down to tempus fugit, but some reading up leads me to think it might be a Vit. D absorption problem. I've spent since last June taking additional Calcium and occasional Vit. D. top-ups. There's something called short bowel syndrome and I guess my op in Nov. 2014 might have contributed to it.

Fingers crossed the G.P. does not find any other underlying problems.