When a conversation turns into an impromptu history lesson.

Chatting earlier today we both went back down memory lane with Andy who must be only late 20s at the most. We were talking car registrations, it being that time of year when the new 17 plates come out.

Both of use could remember our first car reg but nothing much after that. Mine was BFM which a friend suggested stood for Bl**dy fine motor. Fine it was not, but I learnt to drive with it and happily drove in the opposite direction to most of the rush hour traffic that was stop-go into the city as I drove out.

This led eventually to my Marina, not so much as vehicle but welding practice. With a rotten floor that we replaced with pieces of dexion shelving welded into place. A front wing that ended up more 'cocky' as in body-filler than metal. Then I remembered the Marina had drum breaks. we checked them by removal, placing in a large pan on the stove and heating to reveal any cracks.

Safer modern vehicles have disc brakes all round.

I was hankering after another Yaris until I found out that it still has drum breaks on the back. Also as himself remarked he'd feel happier with more metal to the 'box'. 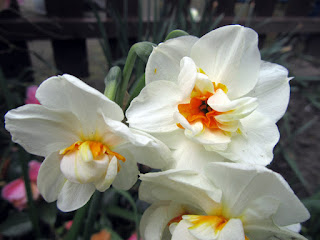 going against the grain

Mothering Sunday has nothing whatsoever to do with the saccharine Hallmark fest.

Nauseating is the word of choice.

True my long-time friend of more than half a century is and has been a terrific mother. Something that seemed to come to her naturally.

But Sunday as in Mothering Sunday has always been in praise of the Mother Church! Nothing whatsoever to do with sprogging and coping with dirty nappies, feeding one end of the digestive tract and cleaning up the other.

There, I've said it, I've acknowledged the elephant in the room.

To indulge in a mothering one has to have had a baked apple pie caring, hugging and in all ways delightful mother.

There are those whose mothers were just the opposite. Cleaning the house maniacally and thereby making everyone uncomfortable. Two-faced liars putting up a front of congeniality for the rest of the world whilst making family life uncomfortable and threatening. Throwing treasured items away or disposing of them at a whim. Ruining meals and insisting they be eaten. An endless list...
Posted by joanygee No comments:

I'm lucky to have made several journeys to the Emerald Isle as in to Dublin the capital. Suddenly, I had an invite to fill in on an already booked trip. Naturally I agreed. That's how I came to fly to Dublin on the evening of the 14th March and return on the evening of the 18th. Not only did I spend time in Dublin, I also went to another Saw Doctors concert at the Olympia. The last time I saw then was at the same venue.

Usually the hotel of choice is the Beresford, formerly the Isaacs near Garda central and the Busaras. Travel from Dublin airport into the city has been altered by the new tunnel which means entering the city along the banks of the River Liffey.

This time with it being close to Paddy's Day hotel accommodation was at a premium. The Beresford being already fully booked we found ourselves residing in Wynn's Hotel circa 1921. fantastic hotel redolent with history.
"Wynn's Hotel is steeped in History - built in 1845, bombed during the 1916 rising and rebuilt in 1921 using mass concrete, the only building in Dublin to do so at this time."

Wow what a difference, with a concierge at the entrance and service par excellence. No idea of the cost as it had already been booked for someone else who was not able to go.

Not forgetting the Luas (tram) which knocks all others into the proverbial cocked hat. Bought a 7-day pass so we had freedom to use the Luas whenever necessary. Bonus being it stopped near the hotel. 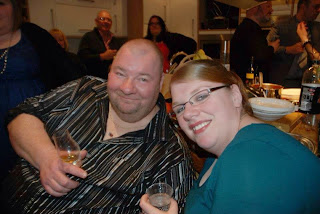 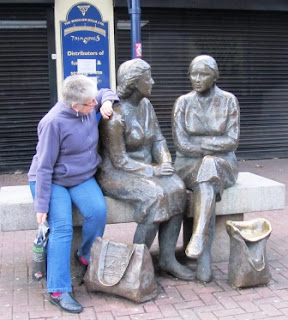 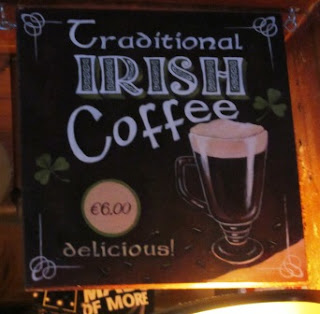 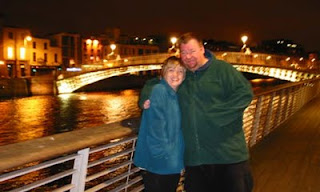 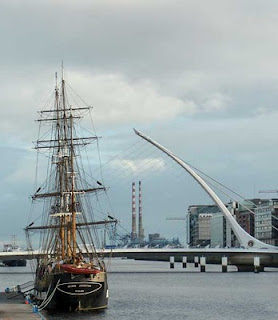 signs of the times

I seem to have become  a 'frequent flyer' at the GP surgery.

Things began to go haywire towards the end of 2014 when I found myself in hospital recovering from a major op. Since then 'himself' has spent time in hospital twice once in 2015 and again in 2016. Now he's had two replacement ops, one knee and one hip.

For some few years I've been rather creaky and put it all down to tempus fugit. Whilst I was doing Tai Chi regularly twice a week until my op the creaks were kept at bay. It took months of recovery after the op before I could begin Tai Chi again. Then disaster struck in June 2016 the Friday class ended. This left the group at a loss how to continue and we ended up joining in with another group. Theoretically Tai Chi but bore no resemblance to the real thing. For a while I got himself to take me to Lymm. But that's such an awkward place to park that I gave up.

Now I have a hankering to return to Lymm for proper Tai Chi to keep the aches and pains at bay. Himself asked if I could D.I.Y. the Tai Chi on my own but I really want to go back to having proper tuition. I'm certain it will help.

This year I've had an x-ray of my hips - Result - right hip is within normal parameters but the left shows signs of osteoarthritis.

In Feb. the G.P. referred me to MCAS the musculoskeletal assessment service. What a hoot! I waited and waited and weeks went by.

I phoned MCAS to make appt. as requested by the letter just received.

But...after holding the line for some 15-20 mins I was told (much to my surprise) that...
I had been crossed off for not replying with the fortnight.

With apols to Flanders and Swann

"Oh, it all makes work for the working man to do."

Back in September 2016 there was the indoor flood as the old lead pipe rising main gave way.

19th September aka 'give a little man a job'.

It would appear we have been labouring under the misapprehension that we have a water meter and that it was fitted last September.

According to the billing section of United Utilities the water rates charges have been based on rateable value as we have no meter. Of course the letter arrives with the Saturday post so nothing can be done before Monday.

Hence my reference to Flanders and Swann

Next there's yet another 'we will send out someone to perform the inspection'.

Phone-call again to UU and reassurance (eventually) that the visit is to fit a meter.

Wouldn't it be fun to find a meter already in place and staring at them when the lid is lifted!


and with apols to the late great Sir Terry Pratchett -
UU would stand for the
Unseen University
wouldn't it?