From the Lancs. telegraph [online]

When I was young, there was the 'old' market with the Market clock that had a ball that dropped at 1 pm every day. It was the traditional 3-day market and 5-day market hall. Many is the time I've been there, sometimes with family and later on with friends. Traditional outdoor stalls selling 'everything' from meats, local cheeses, fruit and veg; to bric a brac and all sorts in between.

Later it was re-developed and as schoolgirls we watched the changes, some for the better, but not all. Gone was the famous landmark clock. A new market hall opened with a specialist coffee shop selling coffee beans and ground/roast coffee. The pungent aromas spread far and wide. New shops opened up around the markets. Reidy's being one of the more famous, opened by the Four Pennies pop group who' had a hit song 'Juliet' (1964).

In the late 1960s and 1970s the road layout changed and was modified several times. Most confusing to find a one-way street that had been two-way, only to find the planners rejigged everything and one-way roads were still one-way but in the opposite direction. I remember it well. Difficult enough to learn to drive and put in for the driving test without road schemes being altered as well. 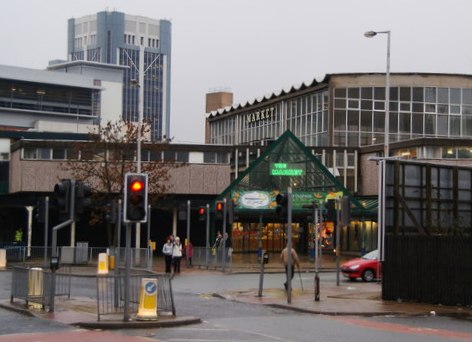 © Copyright robert wade and licensed for reuse under this Creative Commons Licence. 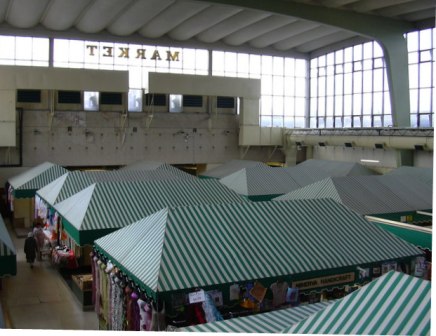 © Copyright robert wade and licensed for reuse under this Creative Commons Licence.

To see older photos and find out more visit here.

Making me feel old when the 'old' market they are demolishing is the 'new' market of my day.
Posted by joanygee